Webinar “The Circulation of #AfricanLanguages in #African Public Space” on September 29, 2022. In 3 languages : #English, #French and #português (see below).

More than sixty years after the accession of African countries to #independence, one fact is clear: in most countries on the African continent, the working languages used in the circles of power, administrations, parliaments, and institutions in charge of education and the production of knowledge are still largely those inherited from the European colonial administration: English, French, Spanish, or Portuguese.

Even if it is estimated that these foreign languages are mastered by a minority of the population, they nevertheless enjoy the status of official languages and are supposed to regulate the political, legal, cultural and economic life of the countries in question. As for the African languages, which are spoken by the majority of the population, they are, so to speak, relegated to the margins.

The Circulation Of African Languages In The African Public Space

Webinar “The Circulation of #AfricanLanguages in #African Public 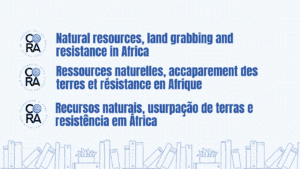 Natural Resources, Land Grabbing and Resistance in Africa. With PLAAS

Webinar on September 21, 2022. In partnership with 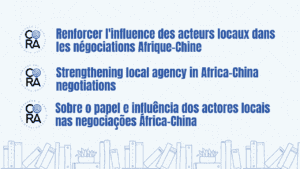